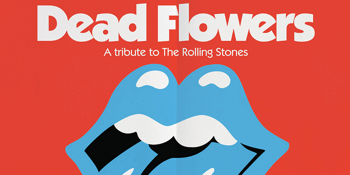 The Dead Flowers return to the Port Beach Band Room on Sunday August 15!

The Dead Flowers is a collective of amazing local musicians with a resume as good as anyone. They band together on occasions to pay homage to their favourites of the Rolling Stones. Having performed three albums at the Fremantle institution the Newport Record Club they quickly became one of the most in demand line ups with punters flocking to the shows.

With a huge line up this band nail the vibe like no other. No Mick impersonator in a jump suit, just a bunch of bloody good musicians playing some songs they love. Catch them in the amazing surrounds of the Port Beach Garden Bar on Sunday, November 1.


Kids under 12 years of age are free, but must be accompanied by their parent or legal guardian, who must have purchased a ticket.

- Address: The Railway Hotel, 44 Tydeman Road, North Fremantle
- Parking: there is extremely limited parking at the Railway Hotel, so we recommend going directly to the Swan Hotel around the corner at 201 Queen Victoria Street for parking. It's only a 5 min walk away. Otherwise there's more parking a little further at Port Beach itself.
- Train station: North Fremantle station is only about 10 min walk away.
- Band on stage appprox. 5pm
- Online presales close at 3pm