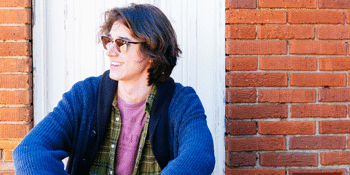 Mojo's Bar (North Fremantle, WA)
Wednesday, 26 February 2020 8:00 PM
5 days away
18 Plus
Music
Folk
Send this event to
Clay Western: Since easing his way in to city life in 2019, Clay Western is becoming a favourite among the Western Australian music scene. After seeing the release of his debut EP ‘Holiday Dream’, Clay has gone on to play headline shows at some acclaimed Perth music venues aswell as playing alongside some of WAs finest acts, including The Money War and Dulcie. With no sign of slowing down, Clay presents his New Single, ‘Three,’ along with an Australia-wide summer tour  with good friend Jackson Carroll. A collaborative track recorded between several studios around Australia, ‘Three’ marks a new chapter in Clays journey as a songwriter, musician and person, being carefully curated to find a direction as an artist which truly feels right. With more new music and extensive touring to come through the summer and well in to 2020, Clay Western is sure to become a hallmark of the Australian music scene in due time.

Jackson Carroll: Returning to ring in the summer with vibrancy, Jackson Carroll unveils his new single, ‘Happyman’. It’s the perfect song to demonstrate Carroll’s versatility as a songwriter and performer. Known for injecting his music with an earthy richness and that pulls from a blues-influenced emotional centre, ‘Happyman’ puts Carroll in an up-tempo and shining songwriting space. Taken from his forthcoming EP Name It After Me, ‘Happyman’ is a great entry point for newcomers to his sound, while a great progression for longtime fans to get around. The release of ‘Happyman’ and Name It After Me kicks off a significant chapter for Jackson’s touring career. Already an in-demand performer on the east coast, the release of the EP will have the young performer on the road right throughout the summer. Heralded by a single launch in Sydney and then a lucrative appearance at this year’s Australian Music Week, Jackson’s tour schedule is packed out into February. Looking forward to the next few months on the road with ‘Happyman’ and Name It After Me, Jackson approaches this release of new music with confidence. “It is more of a song about hope than happiness. It’s about trying to get to a happy place, to become a happy person. It’s more about desire and looking for desire in your immediate surroundings, looking for desire in other people.” Jackson Carroll. Jackson’s growth as a songwriter is evident throughout the Name It After Me EP. Previous releases have seen him compared to the likes of Matt Corby and Jeff Buckley, while his flourished collection of music here shows that Jackson Carroll is embracing a creative identity all his own.