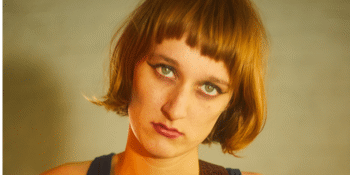 The White Star Hotel (Albany, WA)
Sunday, 20 December 2020 7:00 pm
130 days away
18 Plus
Indie
Rock
Send this event to
Carla Geneve is a 21 year old singer-songwriter based in Fremantle, Western Australia.
Backed by a captivating show and unique brand of brutally honest lyricism, Geneve established herself as one of Australia's most prominent up and coming artists after the release of her breakout debut self-titled EP which saw her tour Australia prolifically playing sold out shows and festivals such as Laneway Festival & Falls Festival as well as tour with/support artists such as Cat Power, Kurt Vile, Julia Jacklin, Belle & Sebastien, Fred Armisen and more.

Although 2020 has seen a year of international touring plans postponed as a result of COVID-19, Carla will play three special Western Australian shows to support the release of her recent single ‘Don’t Wanna Be Your Lover’, the first from her forthcoming debut album.